Langerlo NV owns an electric plant in Flanders region in Belgium with the capacity of 656 MW. 86 MW of producing capacity uses gas and 470 MW uses coal as a fuel. Supporting measures in the form of green certificates have been appropriated to the Langerlo plant in order to convert coal-based boilers into burning pellets. The plant uses 1.8 million tons of pellets per year when working full-load. The rebuilding of the plant must be finished by autumn 2018. The price and conditions of the deal are confidential but the magnitude of investment which goes into converting the plant is around 250 million euros. Langerlo power plant produces around 8% of electricity supply of Flanders region.

„I’m glad a capable investor has been found for this project who has solid experience in forestry, producing pellets, logistics as well as in power industry. We hope Graanul Invest concern can carry forward with this project and finish it successfully,“ stated the head of Langerlo power plant Marc Rommens.

„The project of Langerlo power plant has been a big step forward for our company. We’ve been looking for similar projects for a couple of years now. By carrying out this project I hope we can prove that using biomass sparingly is one of the best ways to make use of existent energy infrastructure and it is a real and steady alternative to whatever other renewable energy technology. We plan to include all involved organisations and current plant workers to carry out the project successfully,” commented the Chairman of the Board at Graanul Invest Raul Kirjanen.

About AS Graanul Invest –www.graanulinvest.ee 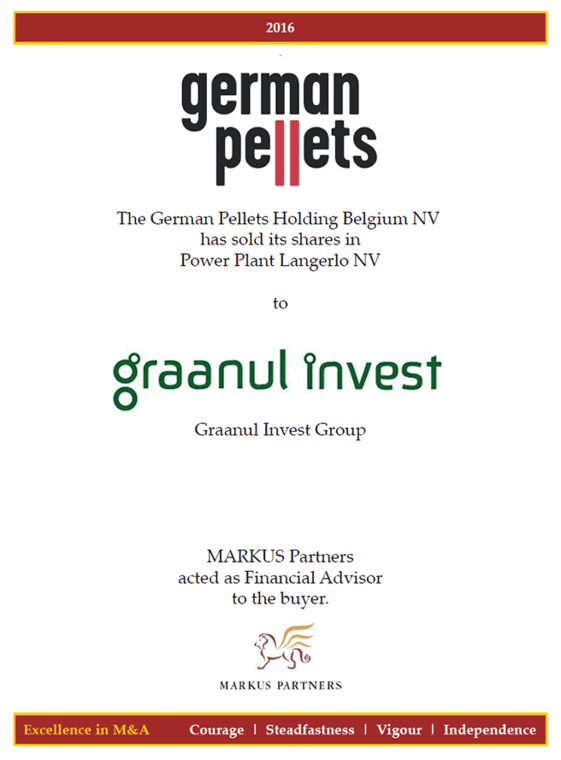